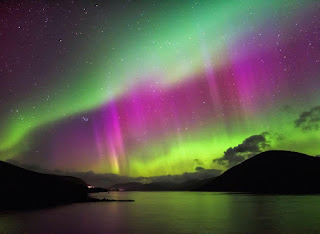 You may have heard of the Aurora Borealis or the Northern Lights, which are frequently observed in the northern and southern hemispheres. The Aurora Light is caused by the Sun's minuscule electromagnetic particles entering the Earth's atmosphere and rubbing against the molecules in the air.

The surface of the sun may reach temperatures of 5800 Kelvin. At such temperature, the molecules scrape against the sun's surface repeatedly. 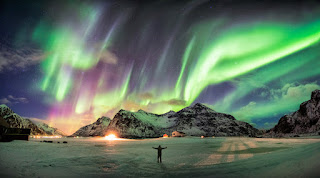 Nuclear explosions occur on a regular basis. The electron and proton particles were flung into space as a result of the explosion.

This phenomenon is known as the solar wind. Electromagnetic particles descend to the Earth and, because to the powerful Earth's magnetic field, cannot fall directly, but instead reach the polar regions where the magnetic field is weak. 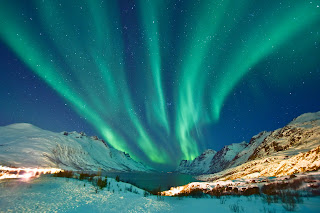 When the Earth's gaseous particles and electrically charged particles from the sun collide at the poles, they generate the aurora, also known as the Northern Lights. Native American tribes think the aurora borealis guides the spirits of fishers and hunters, while others believe it is a sign of impending battle.